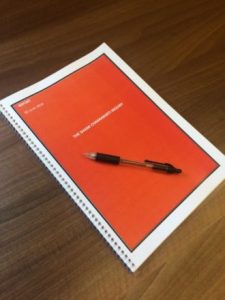 A special meeting of the NEC equalities committee took place on Monday to discuss tackling anti-Semitism and other abusive behaviour. Labour has a proud tradition of fighting racism and standing up for equality. The NEC and Labour leadership is committed to tackling all forms of bullying and harassment and improving our own internal complaints and disciplinary processes.

The growth in social media has also sadly lead to a rise in abusive behaviour online. Jeremy Corbyn told the meeting that online abuse is as unacceptable as abuse in any other forum, and possibly worse because the abuse is often very public. Labour has devised a new social media code of conduct for members to help address this.

Labour is reviewing our complaints and disciplinary processes to make things as clear, quick, fair, transparent and accessible as possible. Labour also welcomed and agreed the International Holocaust Remembrance Alliance definition of anti-Semitism, which Theresa May announced the UK government will sign up to:

“Antisemitism is a certain perception of Jews, which may be expressed as hatred toward Jews. Rhetorical and physical manifestations of antisemitism are directed toward Jewish or non-Jewish individuals and/or their property, toward Jewish community institutions and religious facilities.”

Helpful and welcome examples of anti-Semitism in this definition (and also noted in the Chakrabarti report) include stereotypical allegations about Jewish people or the power of Jewish people as a collective, such as the myth of a world Jewish conspiracy or of Jews controlling the media, economy and other institutions, as well as denying the fact or scope of the Holocaust.

Baroness Chakrabarti described how Labour will look to go beyond this legal definition of anti-Semitism as we are a socialist democratic party committed to equality. The meeting discussed the Chakrabarti Report and recommendations, Jan Royall’s report into Oxford Labour Club and the Home Affairs Select Committee report on antisemitism. Colleagues from Jewish Labour Movement attended the meeting to discuss how Labour can move forward and set the “gold standard” for political parties in tackling all forms of racist abuse.

Jeremy Corbyn once again condemned all forms of anti-Semitic abuse. Jeremy thanked Baroness Chakrabarti for her report and thanked Baroness Royall, Jewish Labour Movement, Iain McNicol and Labour party staff for all their hard work and input. Jeremy called for the strongest possible action to be taken against those guilty of anti-Semitism (and indeed all other forms of prejudice and abuse). Jeremy repeated that Labour will not tolerate racism in any form inside or outside the Labour party.

Discussions will continue about possible changes to complaints and disciplinary processes, but the following positive changes were agreed and noted:

The next NEC equalities meeting will take place in January, along with meetings of the organisational committee, disputes committee and full NEC. You can read my reports from previous NEC meetings and sign-up to receive my email reports. Have a lovely Christmas – I will report back on Labour NEC activities in 2017.